Let me start by saying I wrote this report 6 days ago. I dropped the ball by not clicking the publish button, my apologies. I did tweak it a bit to make it more recent.

Let me start by me stating its better to be lucky than good.  The night of departure I decided to head in a little different direction. I figure the wind was going to come up with the sun(it did) and I wanted a comfortable ride to the fishing grounds. I figure if I needed to make a area change during the trip I could work down sea and keep things comfy. Plus running down sea make looking at the sounder easier. Since we were in a new area the more I could see the quicker things would come together.

I can report that a move to a different area was not needed. As the first day went along we chipped away on the groupers and and muttons. By 1100 the first morning it was obvious that jigs were king. Anglers with slow pitch jigs were continually hooked up. If fact one angler had 8 fish in a row. He put on a clinic. Here is a link from a customers report, please click here.

I wish the wind was a little manageable but it was up and down all trip. It averaged right around 20 knots. However given the area we fished and the techniques we used to cover the bottom I would say the trip was very comfortable. I was dreading the ride home but at 1600 the wind fluffed and it was a decent uphill ride to the dock. We did try for red snapper in the South Atlantic. We managed 2 on the first stop. The second stop the bottom was infested with blue runners. I pulled the plug at 0300 and headed home . We already had the back boxes full anyway.

Here some picture from the dock after we passed out the catch. 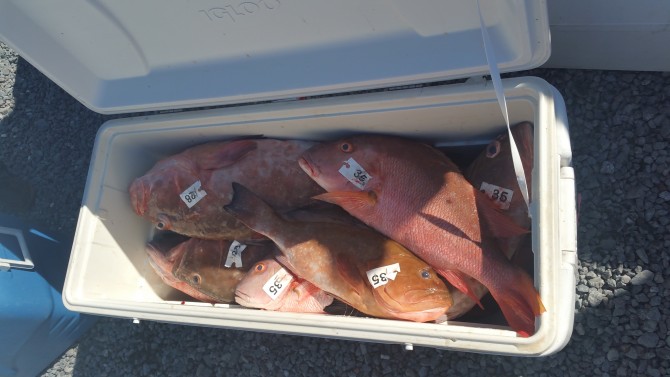 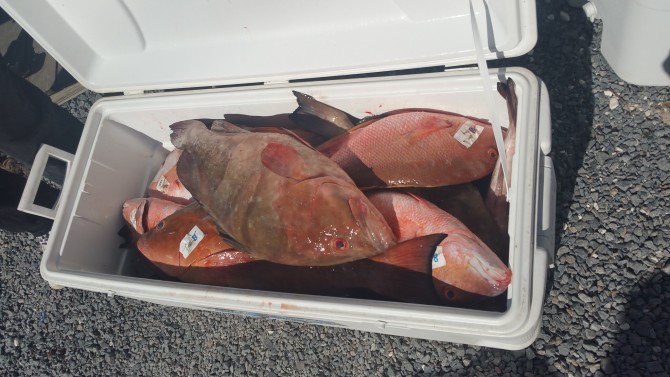 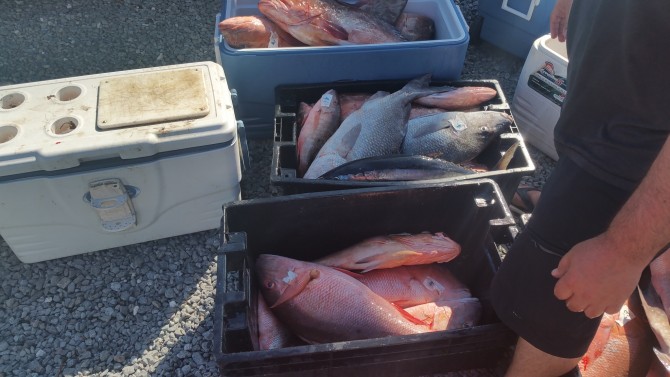 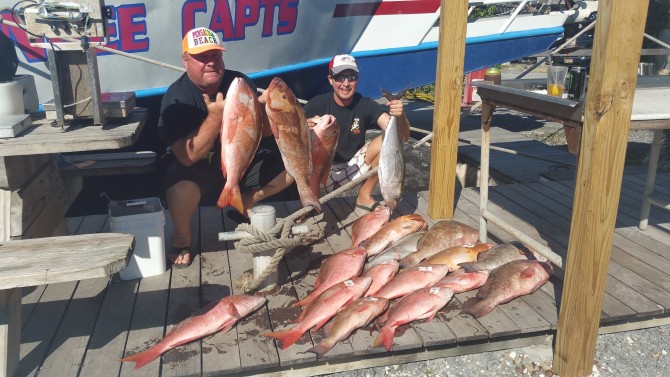 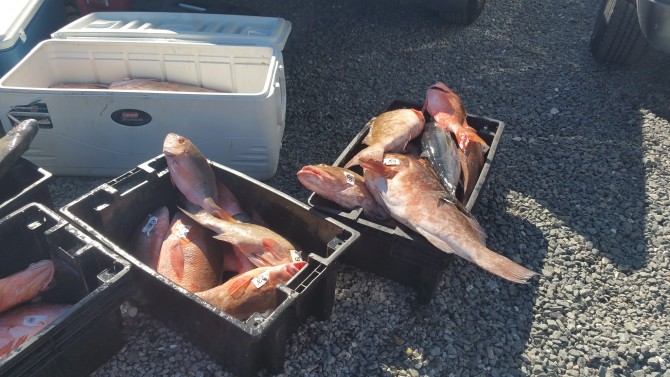 A couple of thoughts from the wheelhouse with regards to this trip.

The past week the office and I added some of these Halfway Ridge trips for the winter schedule.

Lastly we lost the weekend trip to due the windy weather. I might have considered going but since most booked for the red snapper opener I decided to cancel. I could not see us making any attempt to try to catch the ARS. The winds were a sustained 20-25 knots all weekend out of the northeast. Not much fun for humans on the ocean.

The past week we have been working on the Yankee Capts doing maintenance and repair. Plus prepping for our annual USCG COI inspection. Mostly boring stuff but I did accomplish a major task this week. Since we upgraded our marine AC units we can now use them on the 20 KW generator. These new AC’s draw considerably less kw’s so this is a win for everyone including me. I can now use the Isuzu Gen set more and give the John Deere Gen Set a break. Both are excellent units but spreading the usage over both sets just makes more sense. Gen Sets like being run under load. Sitting in the engine room with nothing to do is not good for them, especially in a high humidity environment.

Next trip is Thursday night. It is a fundraiser trip for Hurricane Irma victims here in the Keys. I will be donating ALL sales (plus I will be paying for the payroll and fuel expense out of my own pocket) to the relief efforts here in the Lower Keys. This trip is sold out but if you would like to give back to the community then contact me at greg@yankeecapts.com. My goal is $15,000. Were almost there. This money will be given to local community. I refuse to give it to to top heavy national group. This money will go where it is needed. Every cent. Although Key West is fine just 15 miles up the road people struggle every day. They have a long road back to normal.

Thanks for looking more later,

Tweet
Previous postOctober 31 2017 BOO TO YOU! Next postNovember 23 2017 Happy Thanksgiving!